Slowly he sank to the bottom of the sea – Paroles de la chanson dans « Babes in Toyland ». 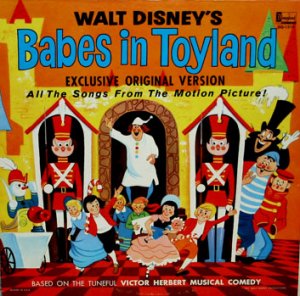 Slowly he sank to the bottom of the sea.

He was standing at the wheel, he was, Miss Mary.
And across the deck, the mighty ocean roared.
Then the mizzen broke and fell.
And we heard the fellow yell.
As it bashed him down and swept him overboard.

“I am poor”, the letter reads, “and can’t support you.
And it’s best I sail away and set you free.
Noble lady that you are.
You’d be better off by far if you were to marry wealthy Barnaby ».