Interview of Brenda Chapman, writer from “The Lion King” and “Beauty and the Beast”. 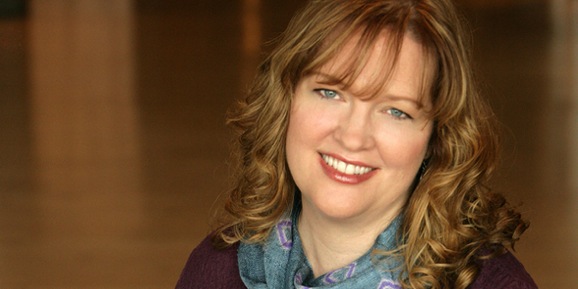 How did you come to work for the animation industry?

I’ve drawn since I can remember. I watched cartoons on Saturday mornings (Looney Toons/Bugs Bunny was my favorite!), after school during the week and went to Disney animated movies whenever they came out in the theatre. There was always the fascination with animation… but I didn’t know that people actually “created and worked on them” until I was in high school and stayed after one of the films and watched the credits! How silly was that? So I called Disney Animation (before computers and internet – I’m old) and they sent me information on CalArts. I sent my portfolio in to CalArts and applied… and was rejected. I worked hard to get better and tried again the next year – and was accepted. I found that story was my passion, not so much the actual animation and was hired at Disney as a story trainee after 3 years and 3 films at CalArts.

You worked on Who framed roger rabbit. How did you react to being told you were to work on a film that would combine animation with live action?

I was put on Who framed roger rabbit to do clean up to better my draftsmanship after doing story on The little mermaid… As humiliating as the reason was, I was thrilled to get to work on a project that was quite obviously going to make history!

In 1998, you became the first woman to direct an animated movie with The Prince of Egypt. How did you feel during this period of your life? Was there a lot of pressure on your shoulders?

Becoming a director was not something I had originally aspired to be, so I took it on with some hesitation. I knew story, but could I carry through an entire film? So yes, it was stressful. However, I had two amazing co-directors in Simon Wells and Steve Hickner, both from whom I learned so much. I also had an incredible crew who were willing to mentor me in the aspects of animation that I had only touched on at CalArts all while I directed them. It was a truly wonderful experience. 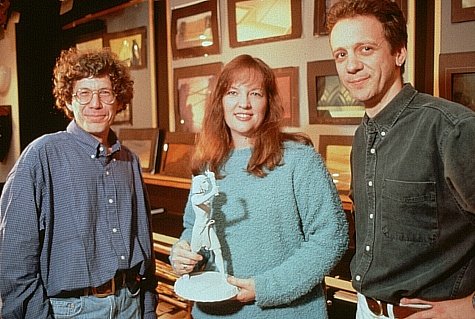 You won you first Academy Award for Best Animated Feature Film as Director of Brave for Pixar Animation Studios in 2012. Did you experience this as a proper recognition of your entire career?

I just felt it was recognition for my work on Brave… I didn’t think about it being for my entire career.

How did you feel when your name was announced?

Surprised. Thrilled. Happy that I could share with the world that Brave was inspired by my daughter. 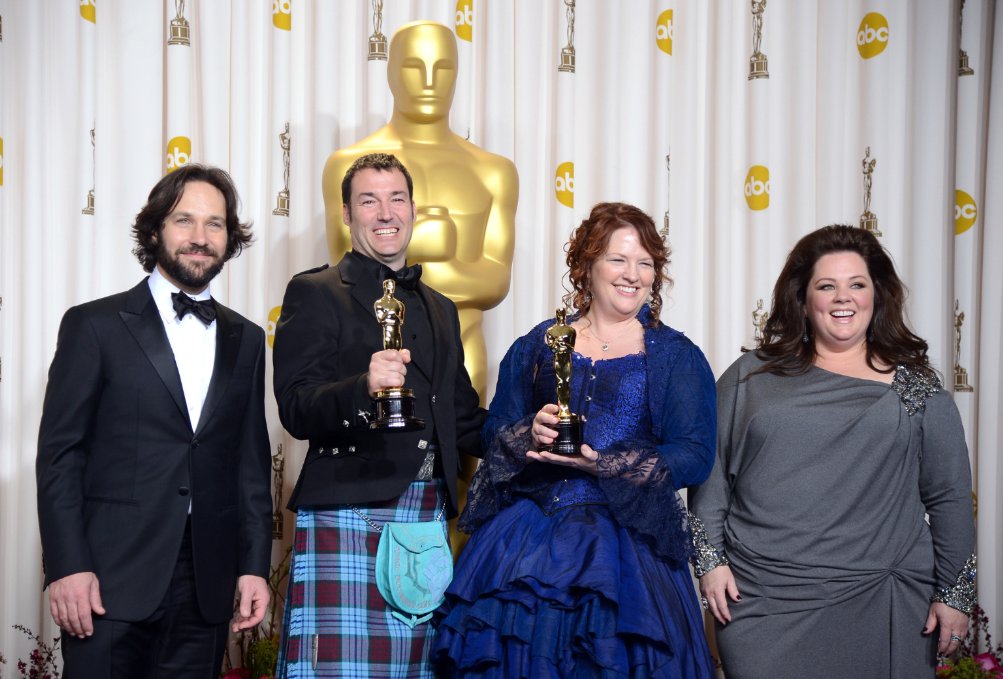 How did you start your career at the Walt Disney Company? Was it a goal of yours, to work within these legendary animation studios?

It was my ultimate goal! I was amazed that I started there right after my graduation from CalArts.

How do you devise a story?

Such a short question for not such a short answer! I have an entire lecture and workshop devoted to that question! I’m afraid I’m not up to writing it all out for you.

It really depends on what inspires me. I would usually say it’s easier to come up with a character’s personality, but sometimes an idea for a situation will come to me first. However, I believe that the story hinges on the characters, because the characters are who the audience relates to.

You worked as a story artist on The Lion King, Beauty and the Beast… Did you think at the time you were getting involved in what are now regarded as Disney’s greatest successes?

I didn’t really think about what the outcome would be for the films I worked on. I was just enjoying putting what I had to give into them, just as my colleagues were. I think we all knew that Beauty and the Beast might be something people would enjoy seeing, since it followed the Disney tradition of musical fairy tales, and after the success of The little mermaid. However, we all were a little uncertain whether people would want to watch talking and singing animals, again, when we were making The Lion King. It was, after all, “the B project.”

Yes. It’s all about character – does the audience sympathize with the protagonist? Does the audience connect to the situation of the plot? That’s the same whether human, four legged animals, fish, robots, space aliens, insects… Stories should wrap around who the protagonist is and what she/he/it needs to make it to the goal of the story’s end. 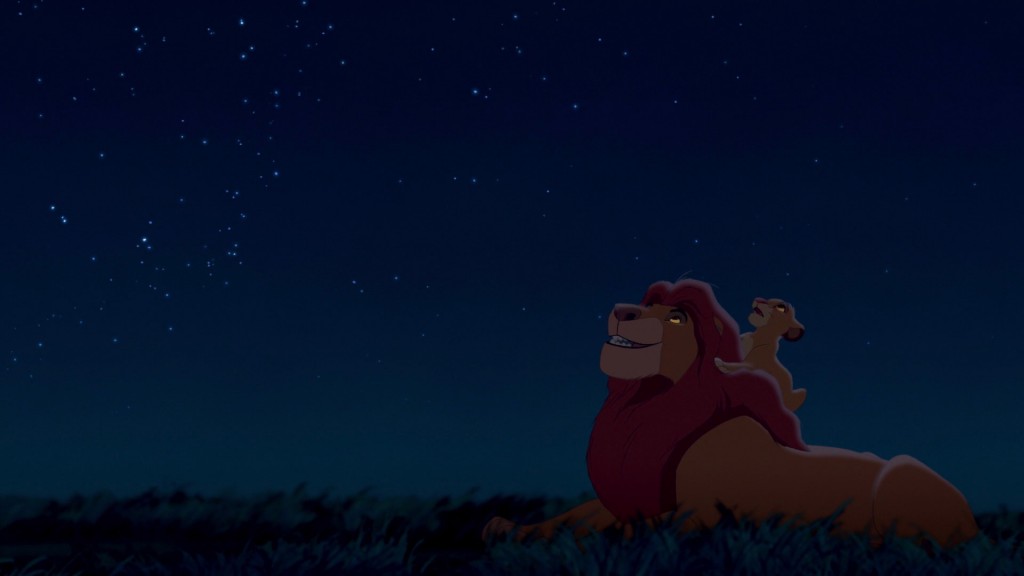 The Lion King remains for a huge number of people Disney’s greatest film ever. How did you tackle writing its now legendary plot?

It was a team of people who tackled it, not just me. Remember, animation is a very collaborative process. I think the success of The Lion King’s story came out of the chemistry of the story team, the writers and the directors. We all put our heads together and gave our best to make the story. We’d have story sessions where there were good ideas and bad. Often times, the bad ideas would spark another great idea. We were all working together and our strengths and weaknesses were complimentary to each other. Lightning in a bottle, as some would call it.

Beauty and the Beast is one of the few Disney movies where the villain of the story dies. Was this sequence a challenge for you?

There was some concern about Beast purposefully killing Gaston – would his new found sense of humanity allow him to do that?  But Gaston needed to go. Kevin Harkey boarded the sequence originally… if I remember correctly… but had moved on to another film. The directors and head of story, Roger Allers asked me to try making it look like an accident. It was too convenient to just have Gaston lose his balance, so we decided that Gaston should reveal himself to be the true monster, and stab Beast in the back, even after Beast had spared his life. Beast’s reaction to being stabbed – arching his back and flinging his arm out in pain, unknowingly knocking Gaston off balance – was Gaston’s own undoing. It was actually fun for me to get to do part of an action sequence – as I was so often give the emotional scenes. I relished it! 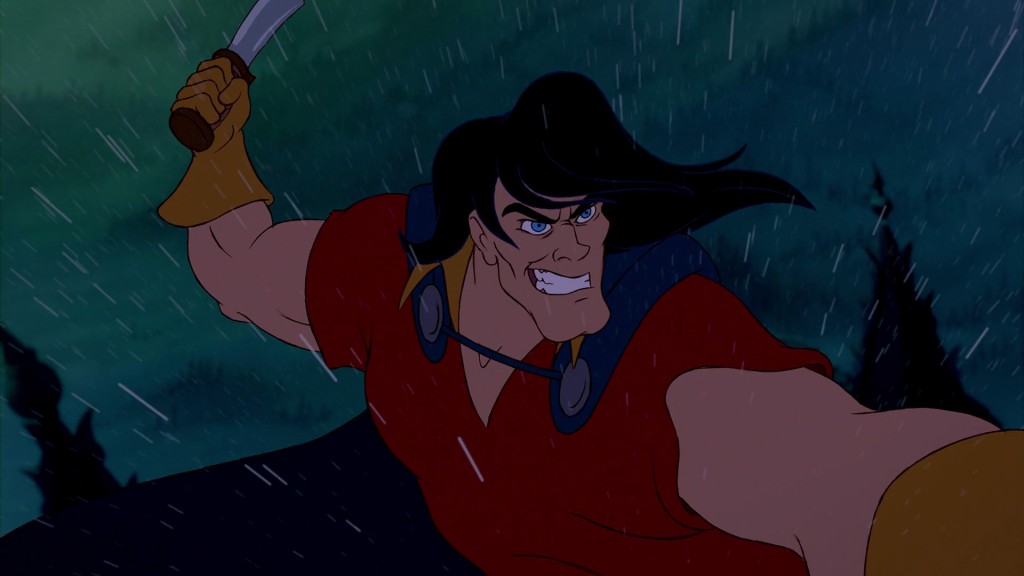 You were a storyboard artist on The little mermaid and The rescuers down under. How would you describe this profession?

When I started, a storyboard artist in animation was also a writer. You visualized the business, explored the characters and their arc and wrote dialogue. It was like drawing up the movie in a giant detailed comic book… or now called graphic novel. We would have a treatment or script, but we were not obliged to stick to them verbatim. We would try to collaborate with the writers. The directors wanted us to plus what was on the page, or sometimes change it completely. Animated films today are much more script driven and the story artists are more obliged to follow what is written on the page.

Is telling a story through pictures difficult?

I think visually when I tell a story, so drawing a story through pictures is natural to me. I was very fortunate to have some amazing mentors both on The little mermaid and The rescuers down under. They are a dying breed – those who write and draw at the same time. They were free to creatively explore a story and push to make it better. Not so much today, sadly, because of tighter schedules, higher budgets and executive’s interference in the creative process.

Which films did you enjoy working on the most and why?

Ugh! That’s a tough one. I loved working on The little mermaid, because it was my first film! It was magic for me! The rescuers down under had a great story team with Joe Ranft at the head – and he gave me opportunities to take risks and grow as a storyteller and artist. Again, magic! Beauty and the Beast was one of my very favorite fairy tales when I was a child, so to get to work on it as an adult was so exciting! Again, it was a great story team who worked well together under the story leadership of Roger Allers – whom I shared an office with, and once again was given so many opportunities to grow. The Lion King – my first chance to lead a story crew – a very green story crew – and it was so incredibly rewarding to work with them, encourage them and watch them become some of the best story artists in the business! But what I most enjoyed was the chemistry, the friendships and the teamwork with the Disney story artists of all those films. I loved going in to work everyday, laughing, grousing and supporting each other into doing the best work we could, then being rewarded by having helped to create these wonderful films.Arghf, voilà une question difficile ! 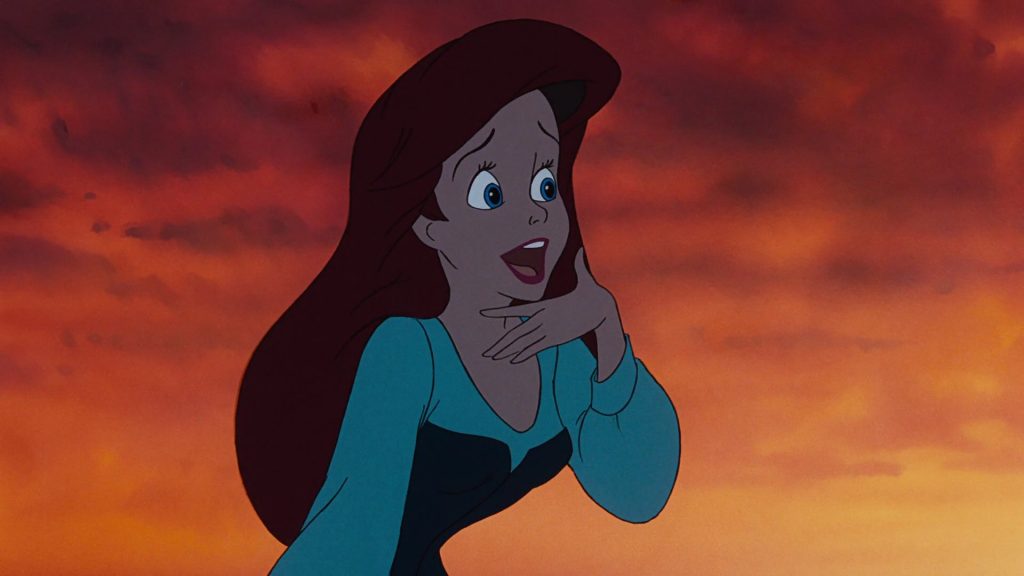 You worked on Chicken Run. Is stop-motion animation a trickier process?

I was not an animator on CHICKEN RUN – I merely boarded one sequence – which is done the same, no matter the type of animation – by drawing. However, we had to be aware of the physical limitations of stop motion characters, and aware of how difficult or expensive certain things were.

You have lived through the two greatest eras of animated filmmaking: traditional 2D animation and 3D animation with computer-generated imagery. How do you view this evolution? Is it a good thing or would you rather 2D animation still held centre stage?

I have a sentimental preference for 2D, but I still enjoy CG. I’ve not worked in stop motion as a director – but I love how they look and feel. I just love a good story, and hope the best method of animation is used to support a story.

What are your upcoming projects?

I am working on several projects right now. I am writing a script for a live action – animation hybrid with my husband, Kevin Lima (Tarzan, Enchanted), at the moment. That’s all I can tell you about right now. Sorry. I’m also developing a couple projects of my own – again – which I can’t tell you anything about, other than one is based on an obscure fairy tale – with no princess! I’m working with my writing partner, Irene Mecchi (The Lion King – both movie and stage show) on an origin story of a famous character, again, I can’t tell you about! And I’ve been approached by a Chinese company to write and direct a version of an old Chinese story… that is most definitely not The Monky King!

Are you in any way tempted to work some day on a live action movie?

I never thought I would… until recently. I’ve read a couple of scripts that I find very intriguing. But I’m not sure if I want to venture in that arena. We’ll see.

What advice would you give someone wanting to enter the animation industry?

Listen to your gut, not formulas. Be professional, not petty. Remember it’s a collaborative process – someone just might have a better idea than you. And find the joy in what ever part you play. 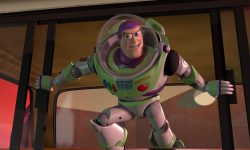