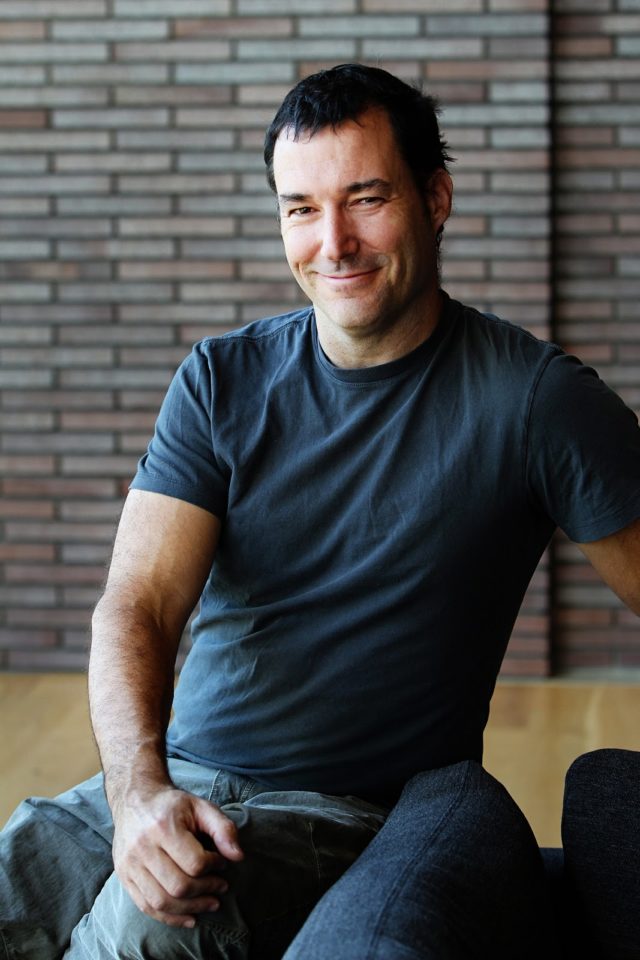 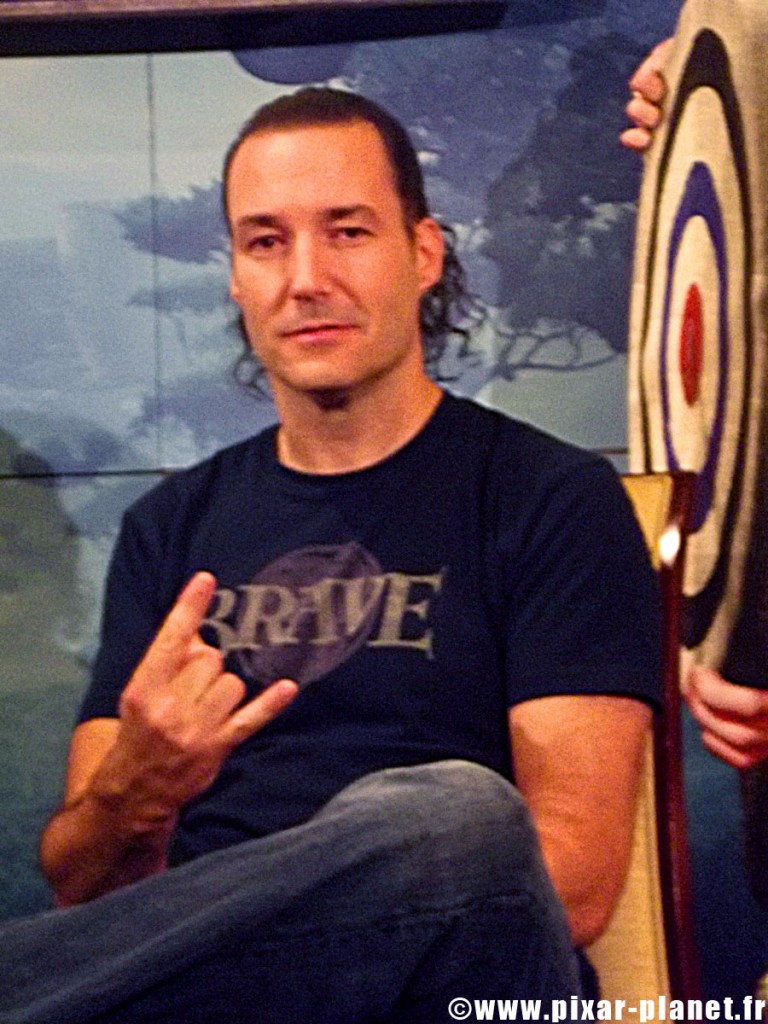 In Septembre 2012, Pixar-Planet was able to interview Mark Andrews, the director of Brave.

How did you come to work for Pixar?

Brad Bird forced me to come to Pixar to be head of story on The Incredibles He twisted my arm and threatened my dog. So I left sunny southern California and moved my family to not so sunny northern California.

You directed the short film One Man Band. How were you approached to direct you first feature film for Pixar?

Brad Bird asked me one day during The Incredibles if I ever thought about directing. I said, “Sure, I guess.” He told me Pixar was looking for directors and Brad put my name in the ring. His fault again.

How did you go about recreating the whole Celtic aspect, given that so many people adore that atmosphere?

By adding atmosphere. It was the one thing that was missing from the fantastic detailed work that was done before my time on Brave The thing the visuals lacked was atmosphere. So I basically “smoked the set,” digitally of course.

One of the technological challenges the film presented that was successfully pulled off is Merida’s hair. Was this a special desire you had to have a challenge to take up?

The whole film was rife with technological successes, not to mention the new software system created just to do the movie. The hair was a necessity to bring Merida‘s character to life. It is the defining thing about her, a key to her attitude and what she represents. The biggest challenge, however, was actually telling a great story. And that’s always a special desire.

For the first time ever, this Pixar film features scenes that are “scary” for young children, the sequences with Mor’du especially. Did directing these necessary plot sequences actually scare you?

What was scary was facing the potentiality that these sequences would be cut because they were “too scary.” They are integral to the story and to creating stakes, or consequences, that are actually real for the character and so for the audience. Kids can take a lot. And I think pulling punches is a disservice to children. Then again, this is Pixar and you are in good hands. I wouldn’t do a gratuitous bloods splattered scene for a Pixar film.

Thanks to Mark Andrews and Pixar Animation Studios for this interview. 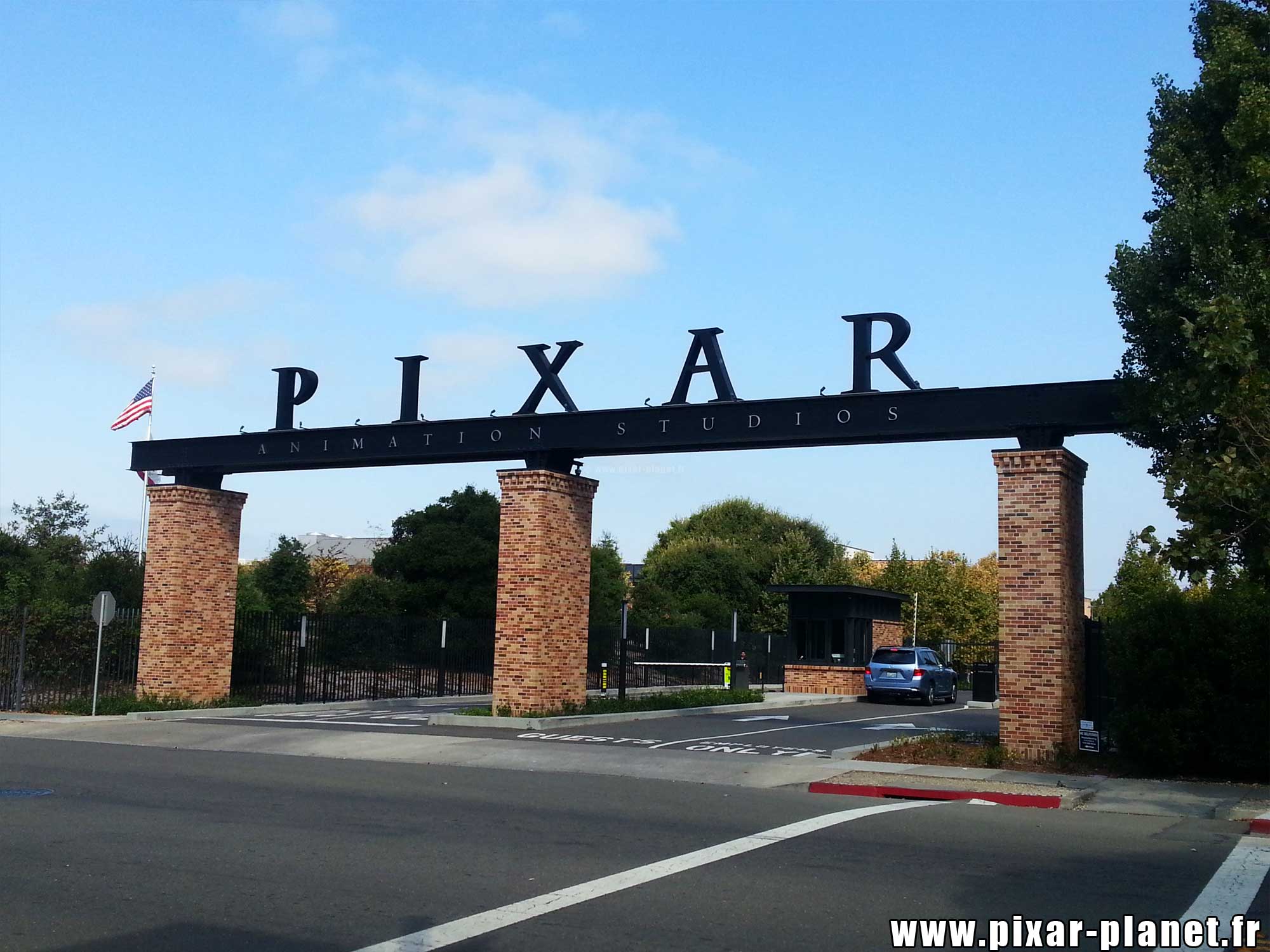