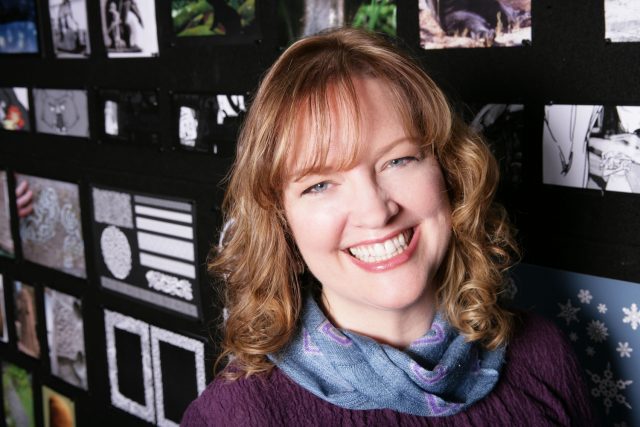 In January 2012, Pixar-Planet was able to interview Brenda Chapman, screenplayer for the upcoming feature Brave. Learn more about what her job entails within Pixar Animation Studios.

What sparked off your keen interest in animation?

I always loved to go to the movies and watch the old Disney films. And everyday after school I’d come home and watch Bugs Bunny/Warner Bros. cartoons that the local TV station played. They also played a lot of Tex Avery. Loved them all! I didn’t realize as a child that someone was creating these things – I just thought they « existed ». I loved to draw from early childhood – when I was old enough to hold a pencil. I drew everyday after school (and during school, when the teachers weren’t looking) while I watched the cartoons. The lightbulb went off in my head when I went to see an animated film in high school and saw the credits. I realized that artists were creating these films, and that was what I needed to do. There was no doubt. It was a natural choice for me.

Nearly twenty years ago, you wrote the screenplays of two Disney blockbusters (The Lion King, Beauty and the Beast). How did you experience this enduring worldwide success?

I did not write the screenplays. I was a story artist on Beauty and I was Head of Story on The Lion King. I did a lot of writing for both, however. Story artists write as well as tell the story visually. I was thrilled when Beauty received the Oscar nomination. It felt wonderful to be part of such a historical film moment. The Lion King was a complete surprise! We kept saying while we were making it, « Is anyone going to want to see a movie with a bunch of talking animals in this day and age? » AND we were considered the « B » project, so we really were amazed when that it did so incredibly well! We were a really young crew – most of the veterans were working on the « A » movie – Pocahontus. The Lion King gave a lot of artists a big move forward in their careers. I am thrilled that after its 3D release that The Lion King still holds so strong after all these years. I am very proud of it.

In 1998 you became a director at DreamWorks with The Prince of Egypt. Why did you choose to move from screenwriting to directing?

Actually I went to DreamWorks in early 1995. Jeffrey Katzenberg became more familiar with my work on The Lion King because I was the Story Supervisor. He asked me to come to help start DreamWorks with him. I thought I would be building his story department, but then he asked me to direct Prince of Egypt. It was quite an honor, but I really had to think about it – it was a big step for me. I was comfortable in story. But I had been developing Prince of Egypt without a director for a few months, and I realized I felt an ownership of the movie, so I agreed to direct. Directing to me is being able to put more of my vision into a story – beyond the screenplay and the storyboards.

2003 marked your arrival at Pixar. How did you come to work for these animation studios?

I had a phone call from my very dear friend, the late and wonderful Joe Ranft, asking me to come up and work with him on Cars. He said he needed help with the female characters. We had worked together years ago at Disney, and we had a high regard for each other’s work besides being good friends. Although I arrived too late to really make any impact on Cars, the experience made me familiar with the Pixar process.

How do you proceed at Pixar, when thinking up the storyline of an animated movie?

It’s all about character, then plot. Most of the films Pixar comes up with derive from the director. So there is a genuine connection to the characters and the story, unlike other studios that hire directors to work on stories the studio comes up with. All of the films at Pixar are also original stories. With original stories, you have original characters. The characters drive the story – the setting and the plot should enhance who those characters are. Original stories are the most difficult to create, since you don’t have a structure already set by a known piece of work, like a book or known faerie tale, etc. I moved forward with a genre that I loved, characters that were inspired by strong people in my life and moved forward on instinct.

Pixar is renowned for its very relaxed working environment. Did this help you in your creativity?

I think Pixar is known for its « fun » environment, but everyone works very hard on the movies there. A lot of passion, innovativeness, and a strong desire to make a unique and great film keep everyone there focused. I’m not sure that I would call it a « relaxed » atmosphere. People enjoy their work because they know they can be proud of it when a film is done. I found that VERY helpful in pursuing my vision!

Is it not too difficult to conciliate being both a screenwriter and a director?

It’s not easy being both, but I have more control of the story if I both write and direct a film. However, I found that time constraints, as well as the fact that I wanted a couple of people whom I think were better at writing humor than me (Irene Mecchi and Steve Purcell) were perfectly good reasons to share the writing of Brave. Directing is incredibly time consuming, and the Pixar Brain Trust requires a lot of reworking of all of their stories until the very last minute before the film is released. Brad Bird was very successful at it – other directors find that it is better spent time to direct and let someone else do the writing – or share the writing, as was my choice.

The teaser trailer that was shown this summer had quite a dark atmosphere and intrigued audiences very much. The trailer that has recently been shown features more humour, but audiences are making a lot of comparisons with Dreamworks’ How to Train Your Dragon. What can you say to put fans’ minds at rest?

Are you scheduled on another Pixar project in the future, be it as a screenwriter or as a director?

I am not currently scheduled for another project, however I am developing some ideas.

Thanks to Brenda Chapman and Pixar Animation Studios.