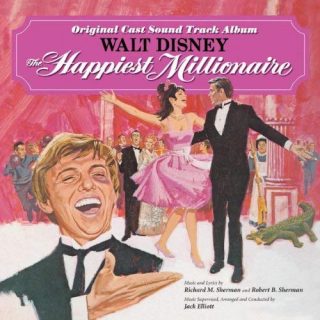 (John Lawless)
On the night before I sailed away, they come from far and near.
All me friends and all me kins had shared a parting tear.
We knew we never meet again, and yet was clear to see.
I’d always be a part of them and them a part of me.

(John Lawless)
Ask for Irish stew in Ireland and see what you’ll get. In Ireland, all the stew is Irish.

(Cordy et Monsieur Biddle)
He’ll be truly as American as Casey At The Bat.

(John Lawless)
If I went to Tibet, I’ve got me a yak.
And trapped in Siberia riding his back.
The peasant. What would they say ?
Irishman ?

(John Lawless)
Now.
What if I went to Spain and grew a mustache.
Strung the guitar and worn me a sash.
Became a toreador and fought me a bull ?
After one in both ears and the tail, what would they say ?